I set off from my small seaside town in Devon without much of a plan, eventually auditioning for the Europe’s premier Circus School, The Circus Space. Somehow, I got in.

1) Most of the ‘performers’ training at the school did a lot more training than performing.

2) The street performers in Covent Garden made more money in a 40 minute show than my candle shop job was bringing in, in a week.

So I decided to give the streets a go. I can’t say I was a natural. Five years of humiliation earned me the nickname ‘Bailing Steve’ (in this case meaning ‘being so bad that the audience all walk off, and you have to stop the show’). But I had the bug. Slowly but surely I improved, eventually becoming British Champion Street performer.

The Straight Jacket and Chain Escape was my trademark, but it was so heavy and inconvenient and after many years, literally and metaphorically, it began to weigh me down. My love of close-up magic took over, and I began to perform at corporate events, where it was a lot warmer, and the people were a lot nicer.

I developed a reputation as one of the most highly skilled and entertaining magicians in the UK, becoming the IBM British Close-up magic Champion and earning an award at the Magic Circle Close-up Magician of the Year.

During this time I became fascinated with personal development. What separates people like me, who don’t quit, from those I’ve seen give up at the first challenge? After years of research and learning, I began giving keynote talks and training sessions, and joined the Integral Leadership team as a facilitator and coach.

I draw on my experiences as a unique resource. They mean that those receiving my coaching get something very special. I am just as comfortable in a one-to-one coaching environment as I am talking to an audience of 2000. My enthusiasm for training comes from the same place as everything else I’ve done: a desire to help, inspire, entertain and above all learn.

Contact Steve to discuss any of his training or coaching. 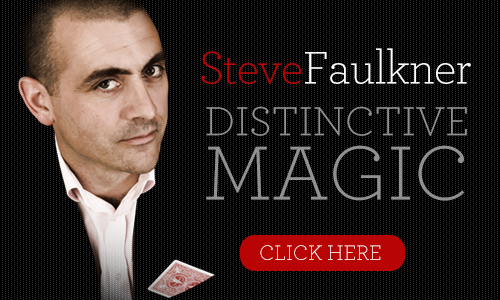 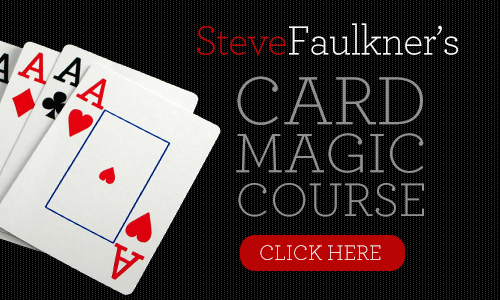