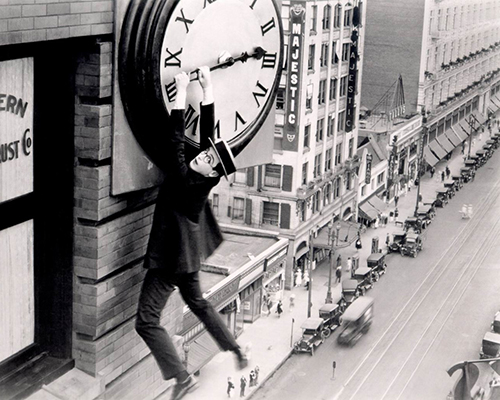 I got myself into a pickle

I’ve decided to write about this relatively minor incident as I think it was a bit of a warning for me.

We hear it so often, that it becomes a cliché. So much so that many of us, myself included, tend to ignore it. We have to look after ourselves. I have always felt I was pretty good at this. I have good intentions and even carry them out much of the time. If I start feeling unfit, I usually do something about it. But it’s not just cutting down on alcohol and going out for the odd run that are the only aspects of health on which to focus. I haven’t had alcohol or caffeine for three months now, and do feel much better for it. But a few days ago I still managed to get myself into a bit of a pickle when I was trying to get back on track after the Christmas break.

Those of you who know me will know that I am a shocker for forgetting things. I rarely leave my house without having to go back for something, and have left suits, bags and my electric toothbrush among other very important items, in various hotels, and that’s just in the last few months. But recently it went up to a new level.

I noticed that I was letting some really important things through the net; missing essential emails, taking work on important dates, completely forgetting arrangements I had made with my ex-wife regarding childcare, and all manner of slip-ups that were thankfully remedied with a lot of patience and bit of a wake up call.

I was beginning to feel exhausted, as my sleep patterns had been all over the place. All of this was running parallel to feeling overwhelmed by some upcoming engagements that needed attention and time, which I seemed to spend trying to keep on top of various household and family tasks. Those of you will be of course familiar with these feelings after taking a break, which are all manageable with the right approach. But like my MOT, I had let my self-care lapse a little and my body and mind decided to let me know.

This basically all resulted in a bit of a wobble on a rather frantic morning, getting the kids ready for school. This is often a little stressful, as I’m sure many parents will understand, but all of a sudden I stopped, just for a few minutes and had to sit down. I began to feel as though I was standing on the edge of a cliff, wondering if it was going to collapse or not. Luckily it didn’t, but if felt as close as it ever had, and after dropping the kids off, I had to have a bit of a chat with myself and reassess.

I have read a lot of self-development books and the one which still stands out for me is Stephen Covey’s 7 Habits of Highly Effective People. To me, it’s still the ultimate guide on how to live and work at the best of my ability. In fact, most of the books I’ve read in the past twenty years are the 7 habits relabelled and re-branded. Though it’s getting on a bit, it’s ideas and concepts are more relevant than ever. To me, I was experiencing the result of neglecting Habit 7 - Sharpen the Saw.

From the Seven Habits of Highly Effective People:

Suppose you were to come upon someone in the woods working feverishly to saw down a tree.

“What are you doing?” you ask.

“Can’t you see?” comes the impatient reply. “I’m sawing down this tree.”

“You look exhausted!” you exclaim. “How long have you been at it?”

‘Well, why don’t you take a break for a few minutes and sharpen that saw?” you inquire. “I’m sure it would go a lot faster.”

“I don’t have time to sharpen the saw,” the man says emphatically. “I’m too busy sawing!”

In order for us to function effectively, Covey’s 7th Habit is, for me, the most important and most neglected. It’s all about putting time aside to look after ourselves. To not only focus on what we need to do to produce our best work, but also how we can ensure that we are in a healthy and able state to do so; looking after the goose to ensure a steady stream of golden eggs. And it’s not just about the physical, but maintaining balance between Physical, Emotional, Social and Spiritual (whatever that means to you). And this, for a short time, was exactly what I was neglecting.

You can only do so much, well.

My life is good, so I’m not complaining. However, being a single parent with my young kids (apparently 43% of the time, I’m very lucky), with different streams of income such as speaking, training, performing and maintaining a membership site, as well as a home, requires a constant level of energy, which of course needs to be recharged. If my energy drops, and I take my eye off the ball, it turns into an expanding snowball which can begin to feel immovable. Of course this is reality for many of us, which is why it can be a challenge to gain momentum again after the holidays.

We all understand that the our wellbeing and that of our dependents, requires us to stay sharp. I also know that many of you, like me, will be telling yourself that you don’t have time to sharpen the saw. But you need to find time. You need to decompress, to play, to focus on those you love and to stop every now and then to think about why you are doing all of this.

Make the time, even if something else has to give. You may have to lose a gig, say no to a booking or refuse an invitation to give yourself the space to renew and grow. But if you don’t, everything else could topple and remember, you need to be able to look after yourself, before you can properly look after others.

Have a lovely day

Steve Faulkner is a leadership coach, speaker and magician.