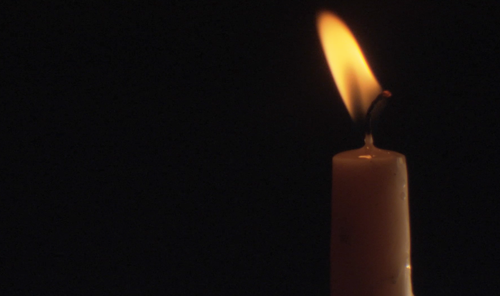 I have read many, many books on self-development. Probably because I find myself wanting to achieve things that don’t come naturally to me, and it helps. When browsing the shelves - sometimes virtual- I will tend to look for books that answer a specific question. A book that makes me better at… or will teach me to…

After reading Viktor Frankl’s Man’s Search for Meaning, I have realised that this can be a mistake. I usually would not have chosen to read this, because at the time, I was not really searching for ‘meaning’. Also, Viktor Frankl’s experiences of being in Auschwitz and losing his entire family were so much more extreme than anything that I could possible be needing any help with. So what could it possibly provide me with other than another harrowing story? In fact, I only came across this book after asking a mentor of mine to provide me with a list, of his top books to read that may help me develop my coaching skills even further. This was the first on the list and for it I am thankful.

Whilst a concentration camp inmate - not knowing of the welfare of his wife, parents and siblings - Frankl began to study the differences of those who fought for survival and those who gave up. What was it that kept some people going when seemingly all had been stripped away from them? Frankl’s conclusion was that of meaning. Those who gave up had completely lost sight of any future meaning for their lives, they had given up hope of ever seeing their families again, and had succumbed to their non-human treatment. Whilst those who were fighting on would see every day as a challenge to overcome and feel a sense of achievement of surviving another day. Even as I write this I can’t help thinking I may have been part of the former group.

Whilst in Auschwitz, Frankl took on an informal role as psychotherapist and helped many fellow inmates who were suicidal reconnect with a future goal, usually using a family member or a future project to give them meaning, a reason to carry on and a future visualisation. Frankl himself would visualise standing at a lectern, speaking to rooms full of people, on his past experiences of being in a concentration camp. A number of times Frankl quotes Nietzsch “He who has a why to live, can bear almost any how.”

The first half of the book is a recollection of his life as a prisoner, and even though I have seen and read a fair amount on the subject, it provided a profound insight for me. Frankl gives a dignified recollection of his time as a prisoner, without bitterness, to recreate the environment and experience. Of course no writing could really recreate the experience, as some experiences can never be put across in language, but this came closer than many of the books I have read on the subject, mainly because of the inclusion of specific memories providing a deeper perspective on the situation. For example, in one instance, a fellow inmate was in the middle of having a nightmare, thrashing and moaning. Frankle leant over to wake his then suddenly stopped,

“no dream, no matter how horrible, could be as bad as the reality of the camp which surrounded us, and to which I was about to recall him.”

Though an incredibly positive man, Viktor Frankl was a realist, he writes of the disastrous effect of being overly optimistic. Whilst having a future based outcome was essential to survival, inmates convincing themselves that “they will be home for Christmas” would result in bitter disappointment, leading on to rapid deterioration. According to Frankl, it was an acceptance of the situation, with a solid future goal that made life as bearable as it possibly could be.

Frankl’s story provides riveting reading, but more importantly and impressively, links his experiences to those of us who will never experience such horrors. It would be easy and understandable to always see others as having no reason to complain because of this. However, Frankl mentions early on that suffering is relative to one’s life. That whatever our life situation is, it will involve suffering and indeed needs to. It’s what makes us human, but it’s how we react to that suffering, which, to me, is the central theme of this book.

He writes of the experience of being reduced to an animal and part of a “herd” and that,

“the generous and heroic actions of a minority offer sufficient proof that everything can be taken from a man but one thing, the last of human freedoms, to choose one’s attitude in any given set of circumstances, to choose one’s own way.”

I have always truly believed that we can train ourselves to be more resilient and to learn to react to circumstances differently. However, with this I am usually speaking or writing about the day to day challenges we face in our work and home life. Not about something so horrific and life altering as those experiences described by Mr Frankl. I have always been fascinated by how people can do anything but give up when faced with something so catastrophic. This book shows that there is another way.

The second half of the book delves into Frankl’s Logotherapy. The essence of which is that finding meaning, rather than power or pleasure, is the primary, most powerful motivating and driving force in humans. I was worried that the book would maybe lose me in the second half as I had scanned the content and thought it maybe a little too academic. However, it’s in Frankl’s description of Logotherapy where the book really came together. For me, being the age I am (40), the book was providing answers to questions that I had only asked myself. Here we are really delving into the Meaning of the title and rather that dwell on finding one, the main concept here is that we must accept the choices we make, and know that happiness is to be found as a result of experience and of working towards a cause greater than ourselves, be it our family, society, or a larger cause. As Frankl writes,

“Don’t aim at success. The more you aim at it and make it a target, the more you are going to miss it. For success, like happiness cannot be pursued; it must ensue and it only does so as an I intended side effect of ones personal dedication to a cause greater than ones self or as a by-product of ones surrender to a person other than ones self”

Also, for those prone to worry, with whom I can empathise, Frankl’s ideal of Hyper-intention and paradoxical intention make enlightening reading. The former being the worry of problems occurring (anticipatory anxiety), which in turn causes the problem to present itself. For example, the classic insomniac who worries about not getting to sleep, and therefore cannot because the worrying causes the mind to become stimulated, and sleep therefore to be impossible. Then there is one of the ways of combating this, hyper-intention, where the sufferer hits the problem head on, rather than try to cover the issue, with humour and acceptance. By joking (maybe just with oneself) about the issue the individual becomes detached from the problem.

Personally I found the second half of the book helpful and insightful, providing me with many “it’s not just me!” moments. It has become one of my recommended reads for anyone facing any of life’s challenges. Far from being a negative and depressing book, Man’s Search For Meaning is a book full of genuine positivity. Viktor Frankl provides so much hope that it’s impossible to not be uplifted by his story, and that of his view of our ability to rise above the situation and maintain our own humanity and meaning. Even if you are not searching for any type of meaning in your life, I highly recommend this short book, you may just find one anyway.

Steve Faulkner is a speaker, leadership trainer, presenter and award winning professional magician. Check out his magic site for that side of things and get in touch if you would like him to come and help improve your organisation.