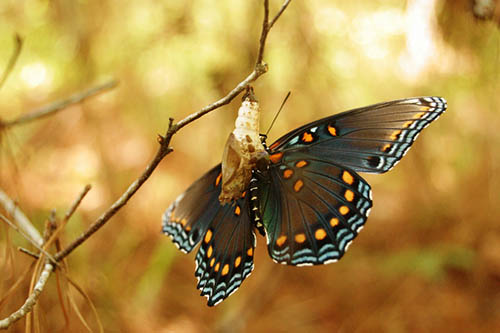 The art of letting go

Along with many personal changes, which I’ll probably write about very soon, my profession seems to be reaching a tipping point. A magician I will always be, but there has been significant movement on the coaching and leadership front. Over the last four or five years, this has been slowly taking over and it seems that most of my time is now spent training, coaching or speaking. It’s a strange one, as I am no longer a magician who does coaching and training, but a trainer who also happens to be a dab hand at the old prestidigitation.

Though this was my plan, and it’s finally coming to fruition (it’s been a challenging few years), it’s been really hard to let go and I’ve still felt a bit lost and unsettled. It’s made me realise the importance of identity and role. Life can feel a lot smoother when we know what and who we are. It seems simple, but since I’ve been coaching more and more, it seems that so many of us, especially freelancers, don’t really have as much of a handle on this as we would like.

For the last few years I feel like I’ve been a bit of everything, as my work life was shifting, but hadn’t yet shuft (yes I know that’s not a word, but the sound of it pleases me). New roles were being added without letting go of the old ones. The only constant was my role as a father and husband, and then that all changed. So for a while I was all a bit at sea, grabbing onto different jobs when they came along for short-term periods of economic and emotional safety, without full commitment, until the next one bobbed up and I could breathe again, for another month or so.

On the outside, nothing has really changed. For example, I’ve just spent two days as trainer with the lovely people from Sheffield City Council, I’m currently blogging, tonight I’m performing close-up magic at the Chesterfield Food and Drink awards, and tomorrow I’m in meetings to develop a training programme for a stationary company. The image of Worzel Gummage taking off and replacing his various heads comes to mind. And for various neuroscientific reasons (that is a word, I checked), this is both exhausting and difficult for the brain to deal with.

However, it’s slowly changing. As my identity changes and my knowledge grows, so too does my confidence to let go of who I was, and to move towards the person I am becoming. My purpose is becoming clearer, based on cumulative hours of scribbling down what I want to be and how I want to live my life and not what I should want to be and how I should want to live my life (a distinction I have always had trouble with).

I recently discovered the ‘Bridges Transitional Model’, where it states that every transition begins with an end, a ‘letting go’ that can be incredibly difficult, daunting and downright upsetting. This is followed by a period in the ‘neutral zone’ where low morale and low productivity can be experienced, along with ‘anxiety about role, status or identity’. Only by passing through this, can we then move into a new start and a ‘new beginning’.

Discovering this was a revelation and a relief. Suddenly it was OK to feel this way, and of course I’ve always known that undergoing change, even for the better, can be really, really difficult. Though I feel very lucky and have a lovely job and people around me, change has been the main topic of my recent story, and I won’t lie to you, I’ve really struggled at times. But that’s what it means to be human.

I wanted to share this because I know a lot of people who go through periods of change, and I wanted others to know that it’s OK to feel scared, lost and insecure. If you keep going and follow your passion, it’ll all be OK. My apologies for my inconsistent output, I’ll let you know more about what I’ve been up to soon, because though difficult, change can be really exciting!

Oh and I am still available for magic gigs, if the money’s OK and it’s for nice people.

Thanks so much for reading, it really is appreciated.