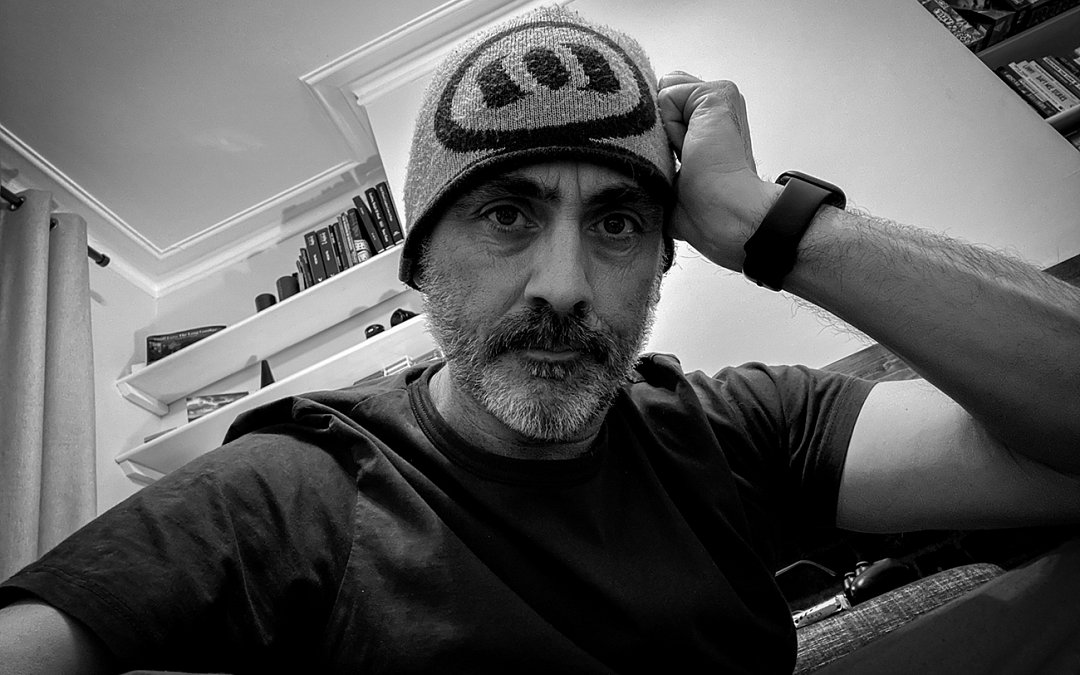 Please note. ‘Middle’ is a series of rather self-indulgent ‘free written’ blogs. This basically means that they are a stream of consciousness and daily reflections I find myself needing to do now I’ve reached a certain ‘middle’ age. To make sense of it all. Forgive typos and poor grammar.

Today started with a little video about Nietzsche’s Superman or Übermensch theory. Before you quite rightly roll your eyes or read that as a desperate attempt at trying to sound like someone who wakes up on a Sunday morning to a bit of German philosophy before breakfast. It was only because I listened to Quicksand by Bowie, which, for me, is one of his least heard (by non-fans) and most beautiful songs. This, in turn, was because of listening to Adam Buxton’s brilliant ‘Ramble Book’ in which he mentions his love for the song. I’d never understood the meaning of the lyrics, so looked it up, which pointed me to the Nietzsche theory, which then lead me look it up. Probably so I could sound all clever.

With my newly learned and YouTube simplified knowledge, the theory looks at what we may become if we were to keep evolving. Into the ‘perfect’ human. Nietzsche then has some somewhat unexpected ideas about the perfect human, the ‘Superman’. Without going into detail, because I can’t, some of the traits would be perceived by many as unfavourable. i.e. a certain amount of selfishness and ruthlessness to achieve objectives for a greater, long-term good.

It made me realise how much of my life I have spent, thinking about this. Trying to be the best person, father, friend, partner and husband I can be. And often feeling like I am failing. Not through lack of ability or any obviously detrimental behaviour. But because I haven’t, until now really decided what all these ‘bests’ actually are. I’ve made assumptions based on what I think I should do, rather than what I really want to do. These shoulds have usually born out of some outdated belief system that I formed many years ago, probably from a need for acceptance and validation. Fear of my insecurities being exposed, along with a need to rescue, care for, or love. The mix of these two factors, receiving external validation and giving love (maybe to receive external validation), can, more often than not, result in servility, resentment and retreat, usually from the other party.

Being of a ‘certain age’, it’s becoming clear that being the best doesn’t mean getting, or doing, everything right. Owning our flaws, and not trying desperately to hide them with smoke and mirrors, creates a connection with others. And, importantly, more contentment with ourselves. It’s refreshing not trying to be Superman anymore. I wonder how different things would be if I had accepted my flaws when I was younger. If I had done more things that feel right for me rather than desperately trying to please, or earn love when it was never going to be received in the unrealistic quantities I was willing to give.

This doesn’t stop with trying to become the best person, but also having the perfect day, making the perfect meal and writing the excellent blog. All utterly impossible for me. So it’s now time to swing the other way. I made a meal today and burned the potatoes and the Yorkshire puddings, I did some DIY this weekend, and the cold water now comes out of the hot tap, and I touched up some marks on the wall with the wrong colour paint. What would have resulted in self-loathing a couple of years ago is just a funny story in this endless funny story. None of it makes a huge difference or really makes much sense in the grand scheme of things. I finally realise that’s what makes life so wonderful.