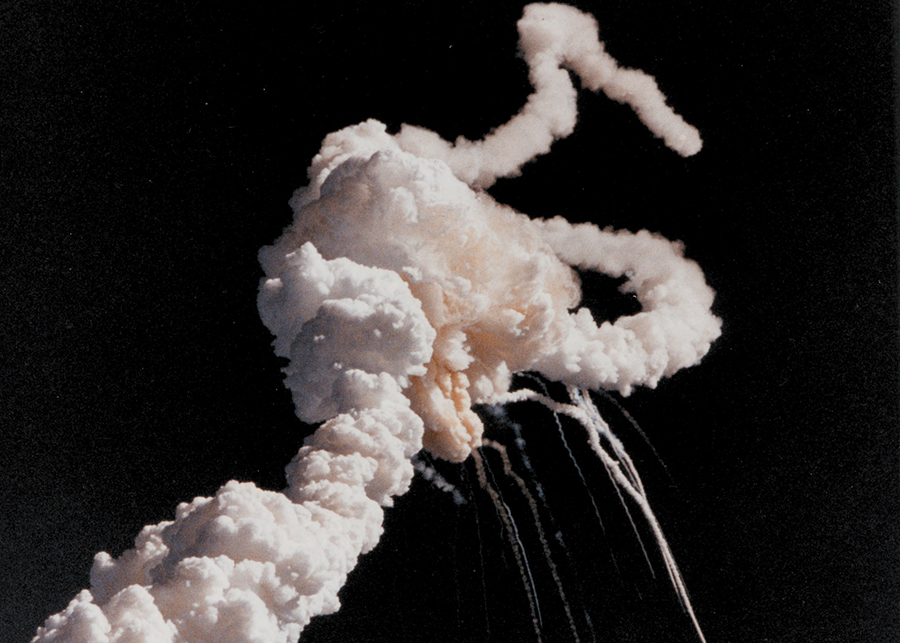 'Challenger - The Final Flight' An Inspiration to Live.

In 1986, I watched the Space Shuttle Challenger explode. I don’t remember much, but I do know that there was no shock and no real sadness. For me, the ability to truly empathise came later. So at age 13, rather than being shocked and saddened, I found it more fascinating and disappointing. Disaster was a word I had learned in geography lessons, and it was something that happened to other people. But I knew it was a big story, as I still remember that image of the white smoke against the cloudless sky. It was something to talk about, learn about and depressingly joke about at school. So when I saw that Netflix had released a series on the subject, Challenger - The Final Flight, I realised how little I knew of the details. There was a dark, nostalgic drive to find out what had actually happened. However, as is usually the case with a well-made documentary, I’ve gained more than knowledge.

I’ve just seen the same thing as I did all those years ago, but from a very different place. As a 13-year-old, I saw an object burn up in the sky, like a premature ending to a firework display. But as a 47-year-old father of two, I’ve just watched people being burned alive. In front of their families and friends. The seven crew-members were, after months of preparation, living their dream. It had all built up to this moment, and though the sons, daughters, mothers, and fathers were understandably nervous, they knew it would be OK. So they bought snacks, drinks and banners and cheered as the Challenger launched.

After 78 seconds, when the Challenger broke apart, the world realised that the story doesn’t always play out as expected. This is why, watching this so many years later, it feels so much more unfair and upsetting. Unfair because in the apparently safe hands of NASA and the US Government, good people don’t, publicly, die. Upsetting because we’re reminded that they do. We’re reminded that though most of the time, things work out, sometimes they don’t. Though it is unhealthy to fixate on this, as I often have, it’s also a mistake to ignore reality because it’s ‘depressing’ or ‘negative’. It’s isn’t, it’s a gift. To make the most of our lives, we need to be positive but realistic. We need to understand that life is short and can be cut unexpectedly shorter, regardless of how perfect the story seems. With this understanding, we can get on with the uncomfortable business of making the most of it.

For the first half of my life, I struggled with the idea of mortality. The idea of death seemed so unfair. But the concept of fairness, in this context, makes the assumption that we deserve something from nature. But we don’t. We may be lucky, but we also have to create our own opportunity before it’s too late. We have to dig deep and try to separate what we really want from what we should want, or what, for years, others have told us what we want.

If you’re holding back from giving up a job you hate for a life you love, leaving someone who hurts you, or telling someone you love them, don’t. You do, of course, have to weigh up the consequences, but often they are less catastrophic than you might imagine. The real catastrophe is to live without truth, passion, or real love because we want to avoid the temporary discomfort and pain it may require to find it.

We hold back from being who we really are because of insignificant, and often imaginary, judgments from those who mean nothing. I’ve lost countless opportunities for happiness due to my need to gain acceptance and love from those who, I now know, will never provide it. The death of the Challenger crew is a tragedy, but the way they, like many others, took the risk and made the sacrifice to live their dream is the inspiration.

Life can end without ceremony or in disaster. But we can focus so much on this that we don’t see that the end is the big red herring. It ends anyway, and it’s not that relevant how. For me, it’s more important to have a great adventure with a lousy ending than a long, uneventful tale with a good one. It’s time to take risks and live it as well as I can. I’ll let you know how I get on.