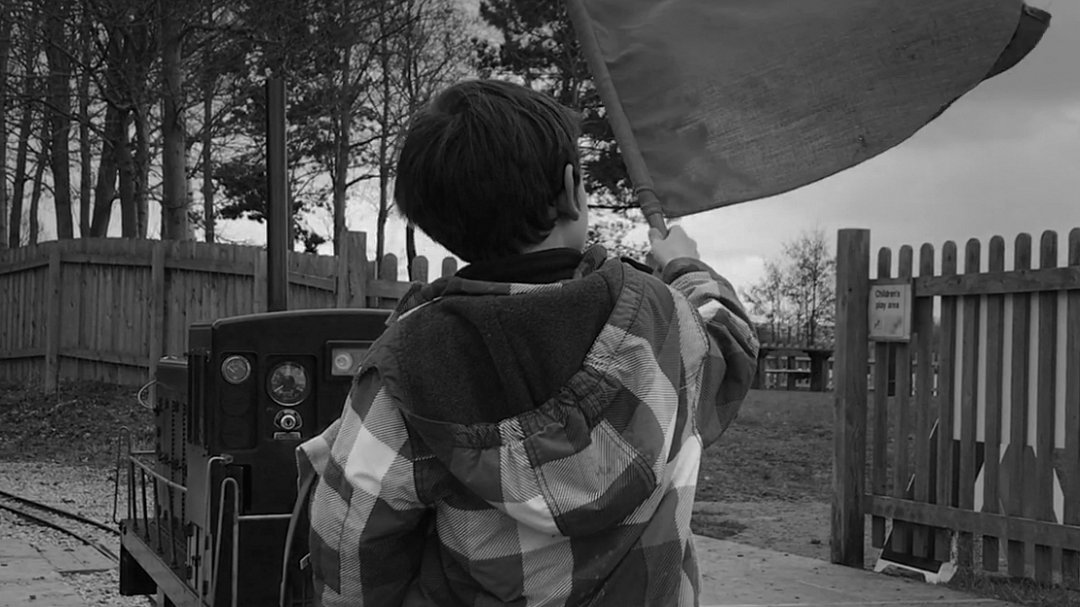 'It's Going A Bit Faster Dad' Holding On To Every Moment

It seems that Apple, like Facebook, has decided to surprise me every now and then with certain photos or ‘memories’ that my iPhone seems to think is important. A little montage with some music. I’ve been ignoring them mostly. As I mentioned in a previous post, Facebook’s version was a cruel reminder of better times, throwing up pictures of my recently deceased relationship. So I haven’t been brave enough to do a whole slide show. But these moments are, at last, becoming pleasant memories, accompanied by less pain, no bitterness and the realisation that a relationship that ends isn’t, as my grieving, irrational mind initially and repeatedly led me to believe, ‘a complete waste of three and a half fucking years’.

The theme of this evening’s broadcast was a day out, about two years ago, at a local country park, with my son, Woody. A rather lovely but, at the time, pretty standard day. I was expecting a nice bit of reminiscence to royalty-free music that would send me to bed with a smile.

I’ve just watched four moments. The first a short video of Woody being (lightly) bitten feeding a duck, a split-second shift from bliss to shock. I remember it being hilarious, and though it is, this time, I’m not laughing. His little voice is so high, and he sounds so…young! The next clip is him feeding a cow from his little outstretched hand. I want to cry, it’s so cute.

But it’s the following two videos that start to break me. We’re on one of those little steam trains that you straddle, usually driven by a miniature train enthusiast, that moves really slowly. Contradicting the speed, as we chug along at walking pace, is the look of Woody’s face. It’s the face of pure happiness, in the moment. What’s really driving this home for me is that the train is so slow and the weather is rubbish, but he doesn’t even notice. Even more adorable is that the driver has given him a flag to wave. It’s a little bit too big for him.

It’s the next one that breaks everything open. It’s a piece of footage taken a few minutes later as he looks back and shouts, ‘It’s going a bit faster Dad!’

As we reach a slow jogging pace.

In a moment, this has ceased being a kid doing a cute thing. It’s a few seconds of everything that means anything to me. It’s pure love and acceptance. Excitement at the simple. The unadulterated, innocent joy that so many of us are still trying to find in adulthood. With unconditional, non-judgmental love, he talks to me as a son who loves his father before he becomes embarrassing. There is nothing to question, nothing to doubt, no cynicism. They haven’t got to him yet, we haven’t got to him yet. It reminded me of something that I’m losing. I’ve already lost it once, and I’ve realised that I’m not ready to lose it again. But it’s slipping, and I’m desperately trying to hold on. This has reminded me not to let go. Not quite yet.

This was two years ago. When he was eight. He’s grown taller, his nose is loosing that little cute ski-jump dip that I loved to stroke. He’s just started walking to school on his own. He doesn’t want me to kiss him goodbye anymore, but I can’t take my eyes off of him as I watch through the window. We still hang out, and we still have these moments of ‘us’, but I’m trying to bottle them as I feel them slipping away. He now reads to himself at night. He still needs me, but not as much. He still leans against me when we watch movies, but less frequently. I look forward to the more frightening bits. Soon his independence will take over, and, like my daughter, he’ll be finding his own way. This terrifies, but excites me, as to see them grow is a privilege. But selfishly, I wonder where I’m going to put all the love. ‘It’s going a bit faster Dad’. It’s going too fast son, let’s slow it down, let’s make it last because one day the train won’t be exciting enough, and you’ll want more, and only in your later years will you realise that the train is exciting enough, it always was.

It’s moving too fast for me, but these reminders are sometimes sad but always important. They’re a reminder for me to make it all count now. To remember not to disengage when I’m pissed off and tired. It happens, I’m human. But every now and then I make sure to stop, take stock and mindfully hold my son while he still lets me.

We only really have this moment, and to wish it away is so easy to do. It’s natural to look forward to the glass of wine when they go to bed. Or, for me, the few child-free days I have coming up. Or a holiday. Or a break. Or whatever. Life sometimes feels tough, but in many ways, I know that life really isn’t going to get better than this. These few moments have reminded me to make the most of it.

I’m going upstarts to hug my son now. He’ll have to live with it.